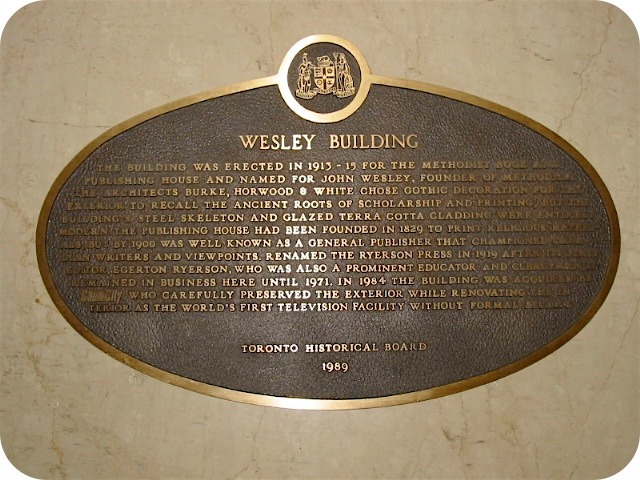 The building was erected in 1913-15 for Methodist Book and Publishing House and named for John Wesley, founder of Methodism. The architects Burke, Horwood & White chose gothic decoration for the exterior to recall the ancient roots of scholarship and printing, but the building's steel skeleton and glazed terra cotta cladding were entirely modern. The publishing house had been founded in 1829 to print religious materials, but by 1900 was well known as a general publisher that championed Canadian writers and viewpoints. Renamed The Ryerson Press in 1919 after its first editor, Egerton Ryerson, who was also a prominent educator and clergyman, it remained in business here until 1971. In 1984 the building was acquired by ChumCity who carefully preserved the exterior while renovating the interior as the world's first television facility without formal studios.