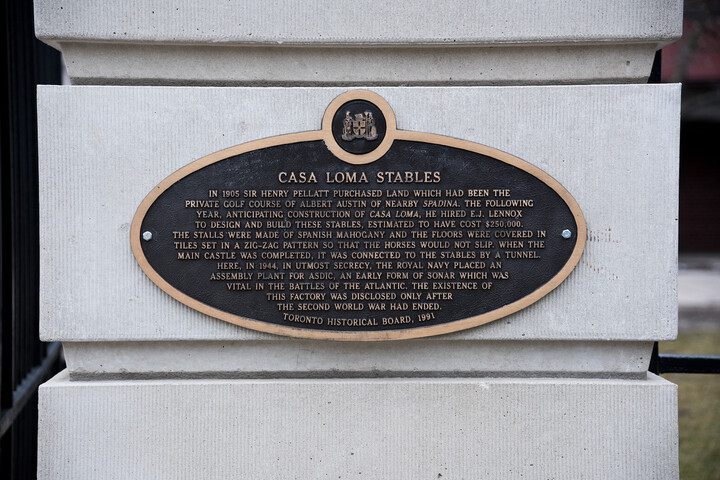 In 1905 Sir Henry Pellatt purchased land which had been the private golf course of Albert Austin of nearby Spadina. The following year, anticipating construction of Casa Loma, he hired E.J. Lennox to design and build these stables, estimated to have cost $250,000. The stalls were made of Spanish mahogany and the floors were covered in tiles set in a zig-zag pattern so that the horses would not slip. When the main castle was completed, it was connected to the stables by a tunnel. Here, in 1944, in utmost secrecy, the Royal Navy placed an assembly plant for ASDIC, an early form of sonar which was vital in the battles of the Atlantic. The existence of this factory was disclosed only after the Second World War had ended.