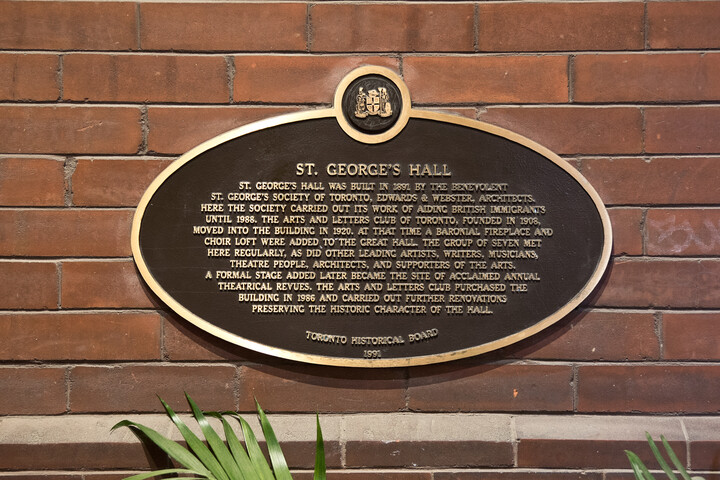 St. George's Hall was built in 1891 by the Benevolent St. George's Society of Toronto, Edwards & Webster, architects. Here the Society carried out its work of aiding British immigrants until 1988. The Arts and Letters Club of Toronto, founded in 1908, moved into the building in 1920. At that time a baronial fireplace and choir loft were added to the Great Hall. The Group of Seven met here regularly, as did other leading artists, writers, musicians, theatre people, architects, and supporters of the arts. A formal stage added later became the site of acclaimed annual theatrical revues. The Arts and Letters Club purchased the building in 1986 and carried out further renovations preserving the historic character of the hall.

Comments
Related resources
View these resources as a result set
Arts and...