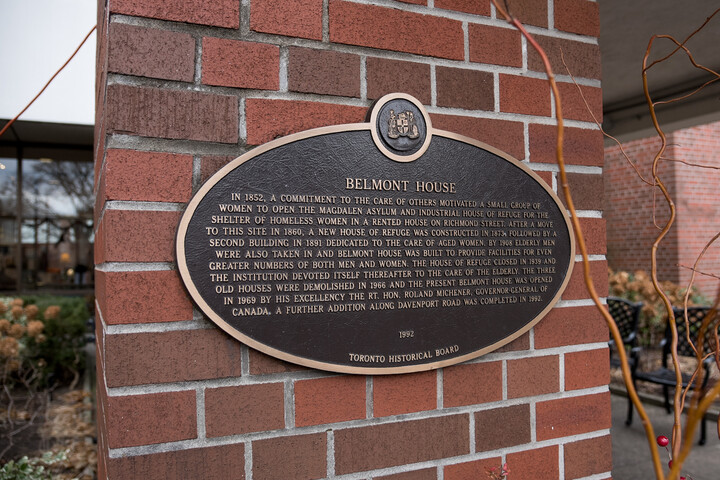 In 1852, a commitment to the care of others motivated a small group of women to open the Magdalen Asylum and Industrial House of Refuge for the Shelter of Homeless Women in a rented house on Richmond street. After a move to this site in 1860, a new house of refuge was constructed in 1873, followed by a second building in 1891 dedicated to the care of aged women. By 1908 elderly men were also taken in and Belmont House was built to provide facilities for even greater numbers of both men and women. The house of refuge closed in 1939 and the institution devoted itself thereafter to the care of the elderly. The three old houses were demolished in 1966 and the present Belmont House was opened in 1969 by his Excellency The Rt. Hon. Roland Michener, Governor-General Of Canada. A further addition along Davenport Road was completed in 1992.