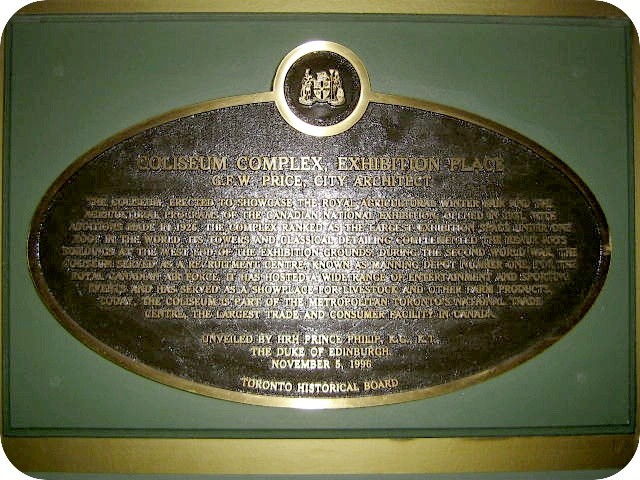 The Coliseum, erected to showcase the Royal Agricultural Winter Fair and the agricultural programs of the Canadian National Exhibition, opened in 1922. With additions made in 1926, the complex ranked as the largest exhibition space under one roof in the world. Its towers and classical detailing complemented the Beaux Arts buildings at the west end of the Exhibition grounds. During the Second World War, the Coliseum served as a recruitment centre, known as Manning Depot Number One, for the Royal Canadian Air Force. It has hosted a wide range of entertainment and sporting events and has served as a showplace for livestock and other farm products. Today, the Coliseum is part of the Metropolitan Toronto's National Trade Centre, the largest trade and consumer facility in Canada.