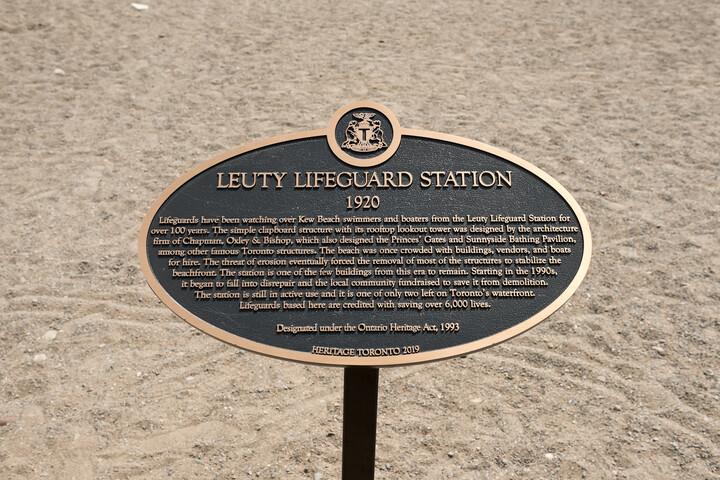 Lifeguards have been watching over Kew Beach swimmers and boaters from the Leuty Lifeguard Station for over 100 years. The simple clapboard structure with its rooftop lookout tower was designed by the architecture firm of Chapman, Oxley & Bishop, which also designed the Princes’ Gates and Sunnyside Bathing Pavilion, among other famous Toronto structures. The beach was once crowded with buildings, vendors, and boats for hire. The threat of erosion eventually forced the removal of most of the structures to stabilize the beachfront. The station is one of the few buildings from this era to remain. Starting in the 1990s, it began to fall into disrepair and the local community fundraised to save it from demolition. The station is still in active use and it is one of only two left on Toronto’s waterfront. Lifeguards based here are credited with saving over 6,000 lives.