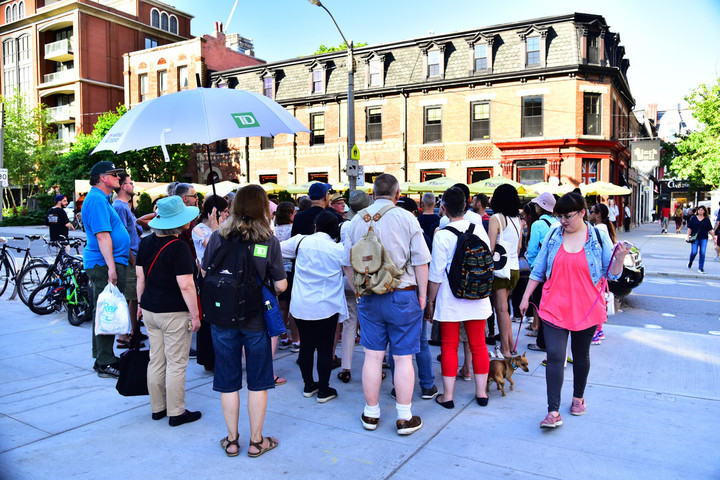 The Black Bull Tavern is thought to be the oldest tavern, pub, or public house in the city, dating back to the early or mid-1830s. Back then, taverns like the Black Bull were among the only places where you could get a “sit-down” (as opposed to grab and go) meal in the city. There were few restaurants in small towns like Toronto.

Taverns also offered an affordable place to stay for the night. At the Black Bull, downstairs was a place to eat and drink; upstairs were rented rooms. Farmers taking their produce to market- whether that was vegetables, fruit, or even livestock, like cattle or sheep, often would take advantage of these taverns as they were entering or leaving Toronto. The hotel portion was originally known as the “Drover’s Inn”- a “drover” being the person who “drove” livestock to market. Early plans for this section of Toronto actually suggest that there was a livestock paddock just opposite the tavern.