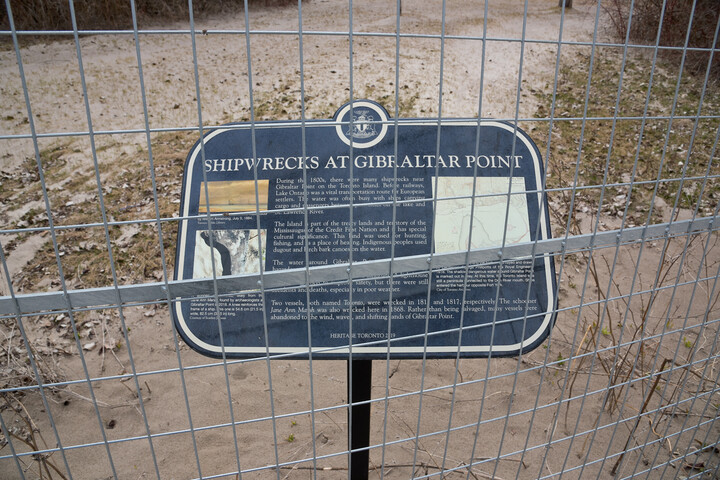 During the 1800s, there were many shipwrecks near Gibraltar Point on the Toronto Island. Before railways, Lake Ontario was a vital transportation route for European settlers. The water was often busy with ships carrying cargo and passengers between port cities on the lake and St. Lawrence River.

The Island is part of the treaty lands and territory of the Mississaugas of the Credit First Nation and it has special cultural significance. This land was used for hunting, fishing, and as a place of healing. Indigenous peoples used dugout and birch bark canoes on the water.

The water around Gibraltar Point was particularly hazardous. Sail and steam ships entering the Toronto Harbour had to navigate reefs and sandbars. A lighthouse was built in 1808 to improve safety, but there were still accidents and deaths, especially in poor weather.

Two vessels, both named Toronto, were wrecked in 1811 and 1817, respectively. The schooner Jane Ann Marsh was also wrecked here in 1868. Rather than being salvaged, many vessels were abandoned to the wind, waves, and shifting sands of Gibraltar Point.