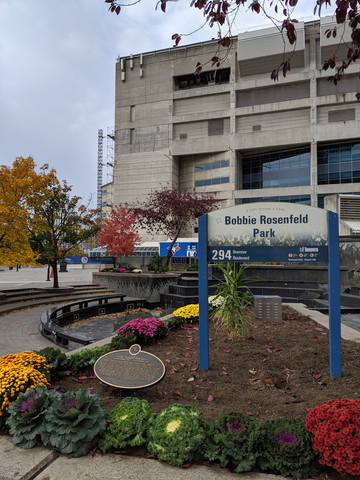 Fanny “Bobbie” Rosenfeld immigrated to Canada from Russia with her family, and later become one of Canada’s most prominent athletes. She began her athletic career in the 1920s when women’s athletic wear was not available, so she borrowed her brother’s swimming trunks for running.

Bobbie participated in the 1928 Olympics - the first to allow women to compete in track and field. She won silver in the 100 yard dash and led her team to gold the 4 X 100 metre relay.

When arthritis ended Bobbie's athletic career at the age of 29, she became a well-known sports writer spending the years 1937-1957 as a columnist with The Globe and Mail. She was inducted into Canada's Sports Hall of Fame in 1955 and was voted Canada's Outstanding Female Athlete of the first half-century in 1950. There is now an award in her name that is given to Canada’s female athlete of the year.