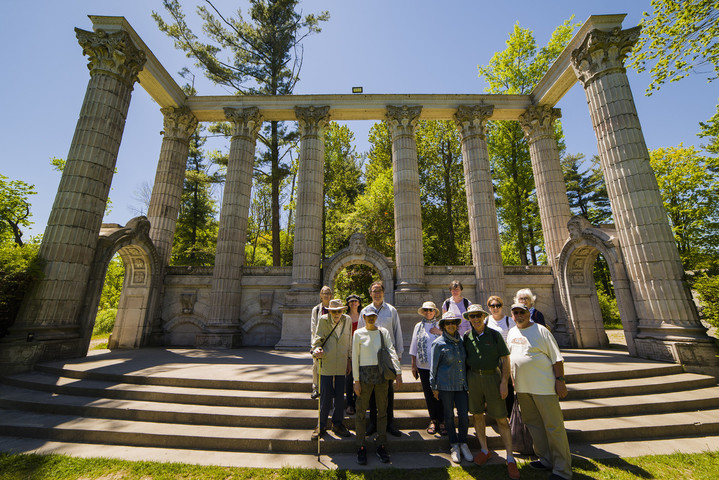 Tour members stand on the steps of the Greek Theatre at Guild Park, a magnificent performance space built using marble columns and arches saved from the downtown Bank of Toronto (1912-1965), which was demolished and replaced by the modern TD Centre.

Designed by Canadian architect Ronald Thom, the Theatre cost $100,000 to complete in 1982, and marked the 50th anniversary of the Guild of All Arts.

Spencer Clark, and his wife Rosa, collected the facades and fragments of more than 50 demolished buildings like this one and displayed these features amid the grounds and the gardens of The Guild Inn.