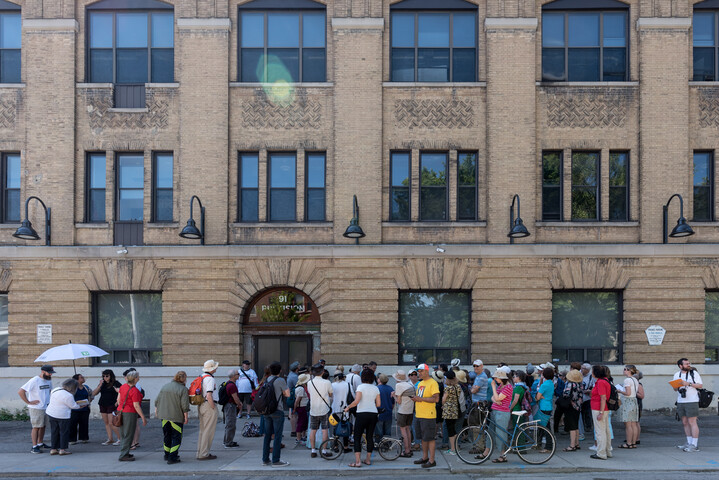 Tour participants at the 1907 office building originally for Bell Canada at the corner of Bellevue Avenue and Oxford Street. The building was designed by W.J. Carmichael, Chief Architect for the company. The stop was featured on the Kensington Market tour, exploring the neighbourhood which became a hub for the social justice and settlement movements of the 19th and 20th centuries.