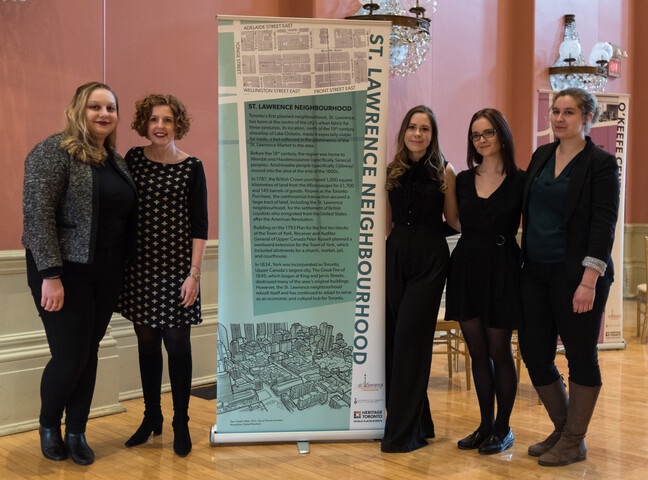 Exhibit team members from the Museum Studies program at the University of Toronto pose with one of the pop-up banners they developed featuring the history of Toronto's first neighbourhood. The centre of the city's urban fabric for three centuries, the location of the St. Lawrence Neighbourhood, north of the 19th-century shoreline of Lake Ontario, made it especially viable for trade.