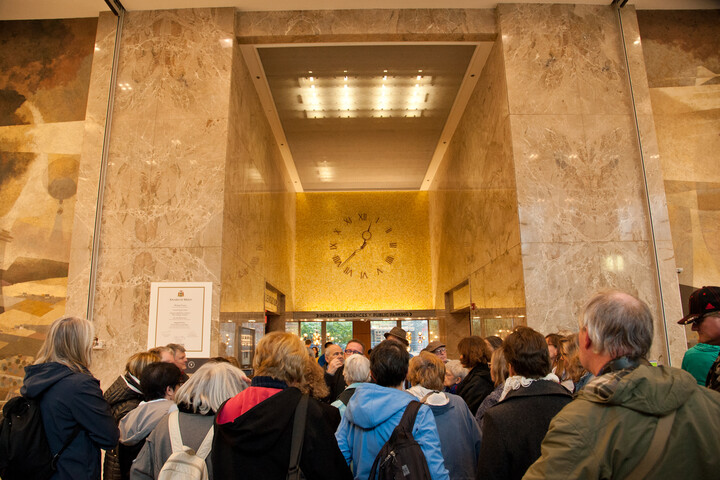 Designed by architectural firm Mathers & Haldenby, this building housed the executive headquarters of the multinational petroleum corporation Imperial Oil Limited from 1957 to 2005.

It was among the first major office buildings on St. Clair Avenue at a time when Toronto’s business centre was expanding north. The Modernist-style, 19-storey tower is clad in pink granite and Indiana limestone. One of the largest welded steel-framed structures in the world, the building was noted for its many technological innovations, including an advanced heating and cooling system.

The renovation of this mid-century tower to create residential units won the Built Heritage Award of Merit in 2016.