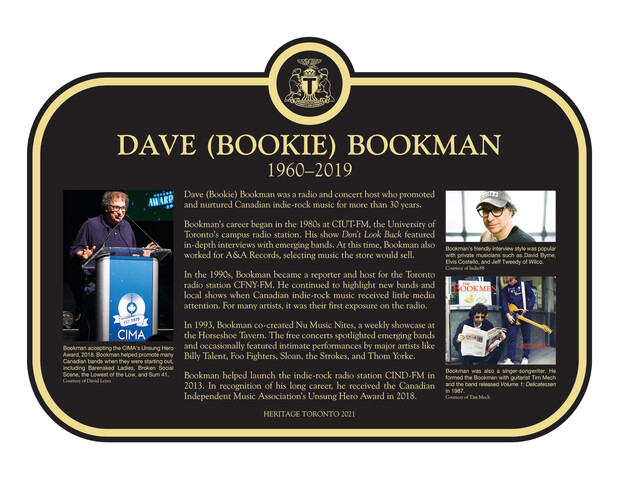 Dave (Bookie) Bookman was a radio and concert host who promoted and nurtured Canadian indie-rock music for more than 30 years.

Bookman’s career began in the 1980s at CIUT-FM, the University of Toronto’s campus radio station. His show Don’t Look Back featured in-depth interviews with emerging bands. At this time, Bookman also worked for A&A Records, selecting music the store would sell.

In the 1990s, Bookman became a reporter and host for the Toronto radio station CFNY-FM. He continued to highlight new bands and local shows when Canadian indie-rock music received little media attention. For many artists, it was their first exposure on the radio.

Bookman helped launch the indie-rock radio station CIND-FM in 2013. In recognition of his long career, he received the Canadian Independent Music Association’s Unsung Hero Award in 2018.