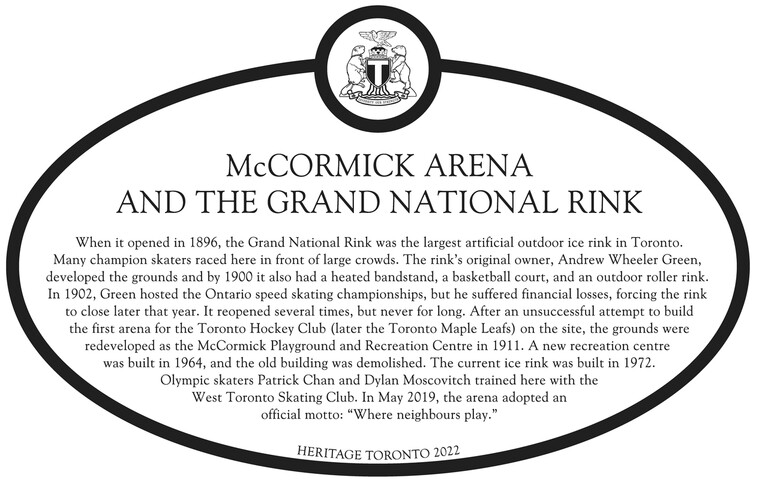 When it opened in 1896, the Grand National Rink was the largest artificial outdoor ice rink in Toronto. Many champion skaters raced here in front of large crowds. The rink’s original owner, Andrew Wheeler Green, developed the grounds and by 1900 it also had a heated bandstand, a basketball court, and an outdoor roller rink. In 1902, Green hosted the Ontario speed skating championships, but he suffered financial losses, forcing the rink to close later that year. It reopened several times, but never for long. After an unsuccessful attempt to build the first arena for the Toronto Hockey Club (later the Toronto Maple Leafs) on the site, the grounds were redeveloped as the McCormick Playground and Recreation Centre in 1911. A new recreation centre was built in 1964, and the old building was demolished. The current ice rink was built in 1972. Olympic skaters Patrick Chan and Dylan Moscovitch trained here with the West Toronto Skating Club. In May 2019, the arena adopted an official motto: “Where neighbours play.”