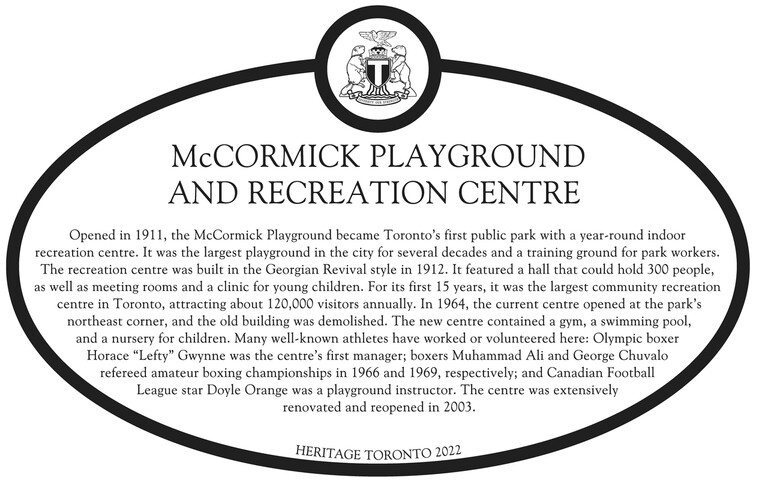 Opened in 1911, the McCormick Playground became Toronto’s first public park with a year-round indoor recreation centre. It was the largest playground in the city for several decades and a training ground for park workers. The recreation centre was built in the Georgian Revival style in 1912. It featured a hall that could hold 300 people, as well as meeting rooms and a clinic for young children. For its first 15 years, it was the largest community recreation centre in Toronto, attracting about 120,000 visitors annually. In 1964, the current centre opened at the park’s northeast corner, and the old building was demolished. The new centre contained a gym, a swimming pool, and a nursery for children. Many well-known athletes have worked or volunteered here: Olympic boxer Horace “Lefty” Gwynne was the centre’s first manager; boxers Muhammad Ali and George Chuvalo refereed amateur boxing championships in 1966 and 1969, respectively; and Canadian Football League star Doyle Orange was a playground instructor. The centre was extensively renovated and reopened in 2003.