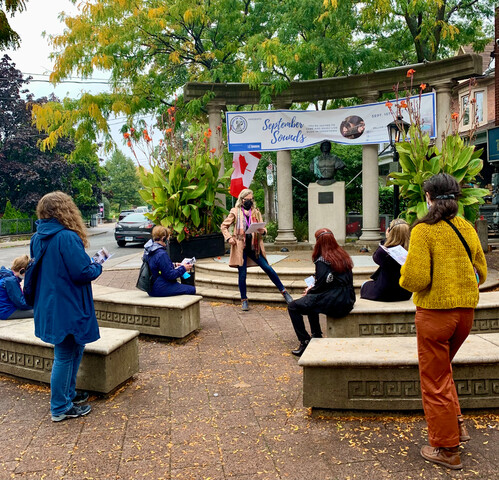 Tina Tzatanis of the Hellenic Heritage Foundation leads a tour on the history of the Greek community along Danforth Avenue.

Here, participants are at Alexander the Great Square, a parkette named for the legendary warrior. They learn about past tensions in Toronto over the square and ethnic origins of the historical figure, which aligned with the beginning of the lengthy dispute about the name of the new country (now North Macedonia) formed after the breakup of the former Yugoslavia.

At the stop, they also learn about the celebration and commemoration of community that occurs in Greektown through parades for Greek's Independence Day.