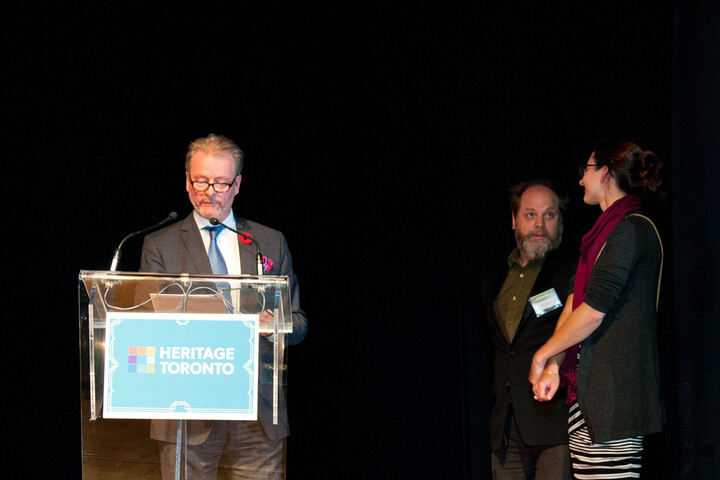 Mike Yorke, President of Carpenters Union Local 27, presents the awards for the William Greer Architectural Conservation and Craftsmanship category. Here, he recognizes Vitreous Glassworks for their restoration of an original stained-glass laylight at The Keg Mansion.