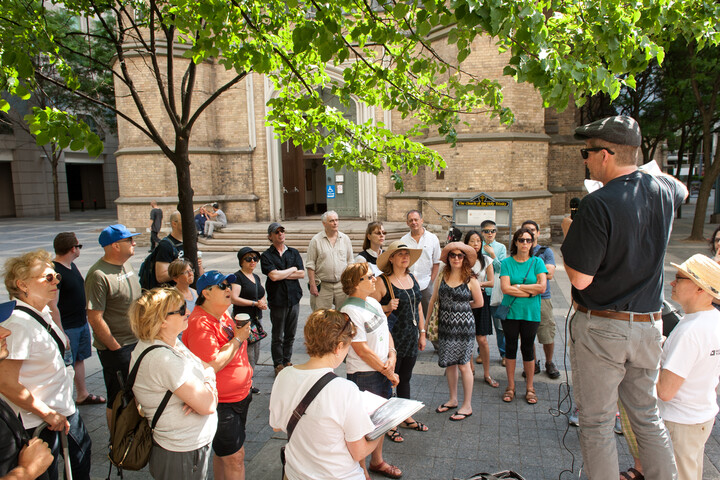 Tour participants learn about St. John's Ward, considered a dense and morally-depraved neighbourhood by early 20th century reformers, and demolished to make way for New City Hall. A few structures from the time survive including the Church of the Holy Trinity. In 1845, Bishop John Strachan received £5,000 for the building and maintenance of a new Anglican Church, on condition that it be called the “Church of the Holy Trinity,” and that pews be available free of rent forever.