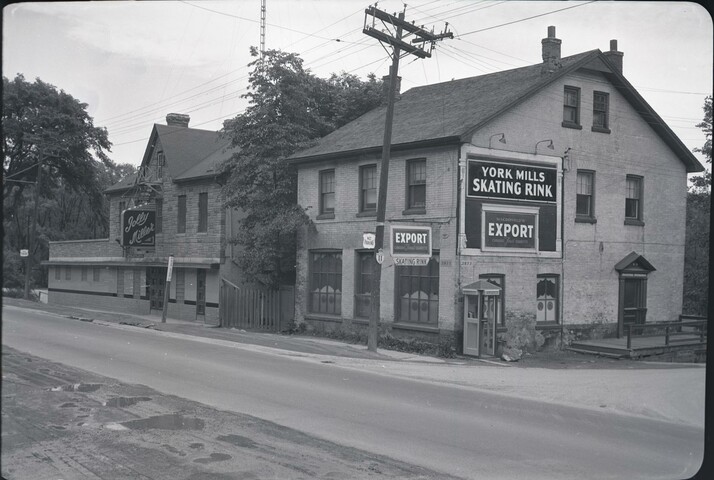 Courtesy of the Toronto Public Library.

In 1836, James Hogg built a tavern and store with a post office beside it. This was known as the York Mills Hotel that was originally built in 1836. David Birrell owned and operated the hotel from 1889 to his death in 1925. In 1930, the hotel was taken over by Bill Cox, who turned it into an upscale dining and dancing club with a live orchestra and renamed it The Jolly Miller. C.W. Jefferys created the iconic signage of the club that became well-known among local residents. In 1997, the City of North York bought the property and the Jolly Miller was closed. In 2004, it was renovated and re-opened as the Miller Tavern.