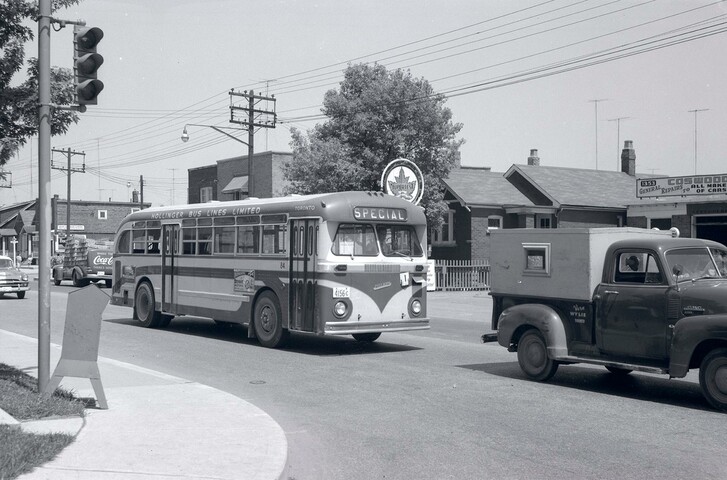 Hollinger Bus Line Limited was founded by John Hollinger in June 1921. Hollinger was the first sole driver of the bus on a route through Woodbine and Danforth Avenue in the Borough of East York. The Hollinger line was increasingly popular and the company acquired other bus lines in the area before it was absorbed into the Toronto Transit Commission. Several original routes including Woodbine and Mortimer still run in the area today.