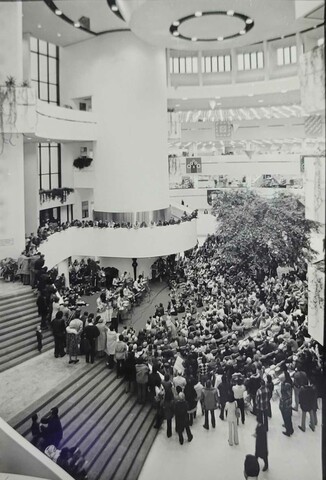 Syncona Steel Band was one of the more prominent steel bands in Toronto and one of the first recorded to have performed in large public spaces including the Scarborough Civic Centre. They were formed in 1974 by Dick "Syncona" Smith and have been playing Caribbean music, including the steelpan, for over four decades.