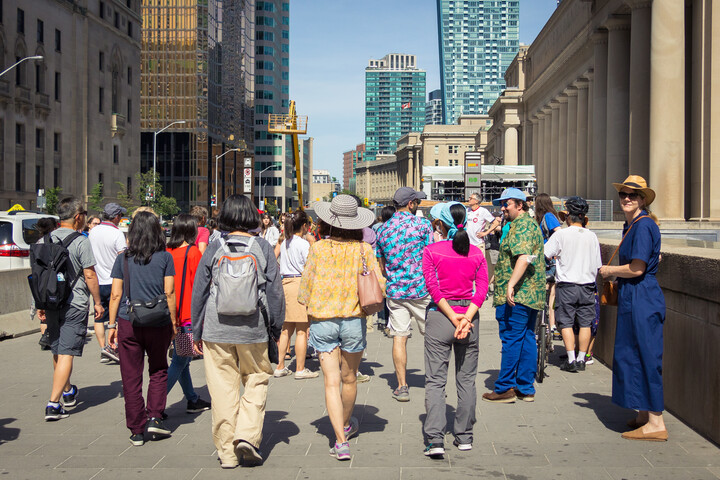 Participants on the Rail Lands tour learn about the history of our railways at multiple stops including this one at Union Station.

Construction on the current Union Station began in 1913, and almost completely ground to a halt shortly after due to the First World War. The station was not completed until August 6, 1927, but boasted some very unique features for the time like a glass floor in the upper offices, a post office, shooting range for the Canadian Pacific Police, and an underground tunnel that would later become the first section of Toronto’s PATH system. Today, this tunnel leads to the Fairmont Royal York Hotel.