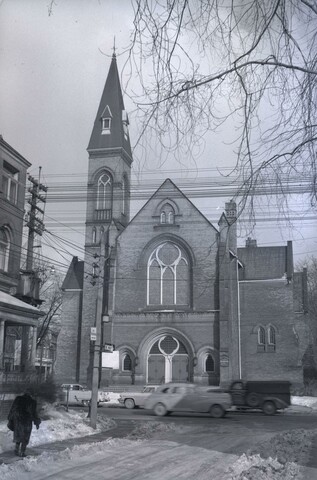 Courtesy of the Toronto Public Library

Originally constructed in 1887, St. Paul's Avenue United Church was designated a historical site in 1979 and was once a place of worship for Eaton's founder Timothy Eaton and his family. In 1980, the church's dwindling congregation merged with Trinity United Church on Bloor and Spadina to form Trinity-St.Paul's United Church. The original church on Avenue Road was sold to private developers who leased the building out to bohemian artist George Portello until its final days in 1995, when it was destroyed by a fire.