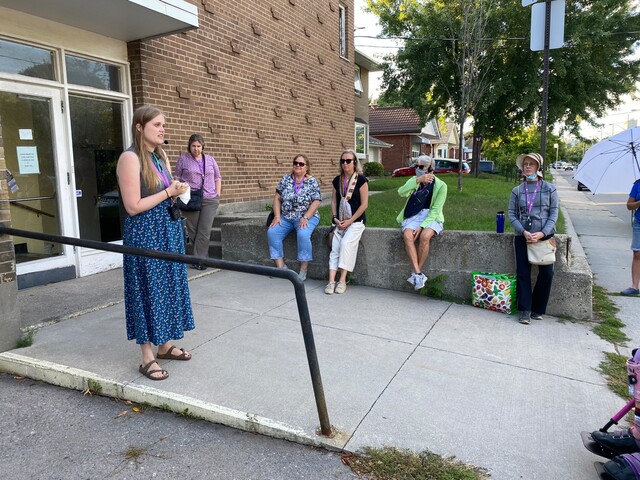 Located at the corner of Cosburn and Greenwood Avenue, this was the former home of the Cosburn United Church. The church was designed in the Arts and Crafts style that gained popularity in the early 1900s, featuring exposed beams and small paned windows. Construction began on the site in December 1941 and was completed the following year. Cosburn United Church closed in 2018; however, the space found new life as the permanent home for the Berhan Semay Church Toronto, an Eritrean evangelical congregation. Toronto has the largest population of Eritrean Canadians, with over 7,000 people of Eritrean descent living in the GTA as of 2016.