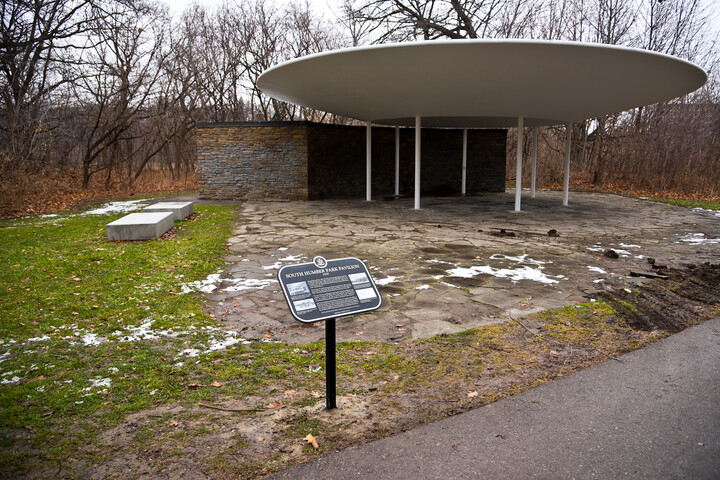 South Humber Park Pavilion, also known as the Oculus, opened in 1959 in the heart of a new park created following Hurricane Hazel in 1954. The shelter, designed by Alan Crossley and Laurence Cazaly, encapsulated the optimism and positivity of the postwar era with its quirky UFO shape.