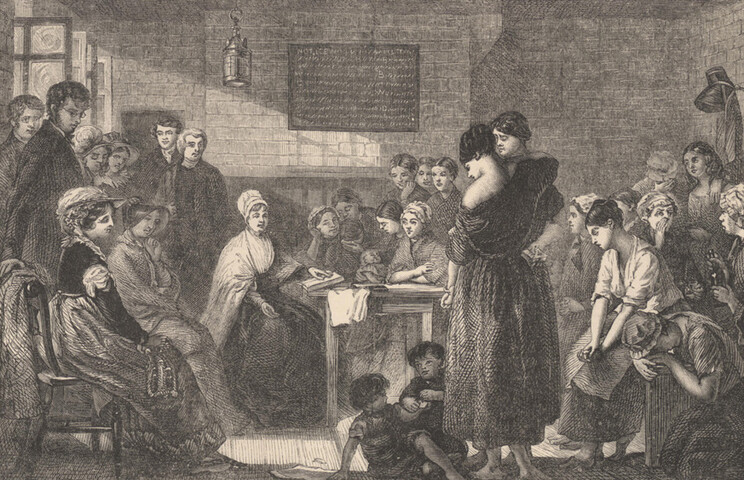 Courtesy of the John Johnson Collection

Elizabeth Gurney Fry (1780-1845) was a prominent English prison reformer. Often known as the "angel of the prisons," Fry began her work after a visit to London's Newgate prison revealed the overcrowded and unhygienic conditions prisoners lived in. Fry campaigned for gender segregation in English prisons, insisting female inmates be separated from male inmates. She also called for job and skills training, such as sewing or weaving, be offered to women in prisons. Fry's work was widely influential, particularly in North America, and led to the opening of many female reformatories and prisons.