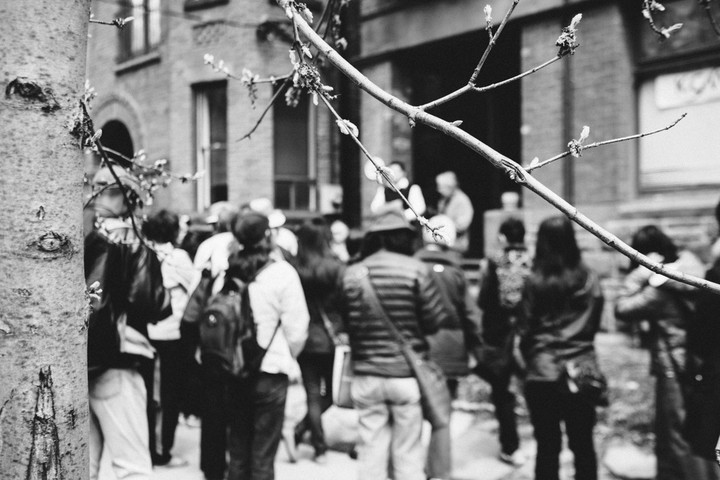 Tour participants learn about the Korean community In Toronto, which began post-WWII with Christian mission-sponsored students. In 1966, about 100 Koreans had settled in the city. By 1975, an estimated ten thousand Koreans called Toronto home.