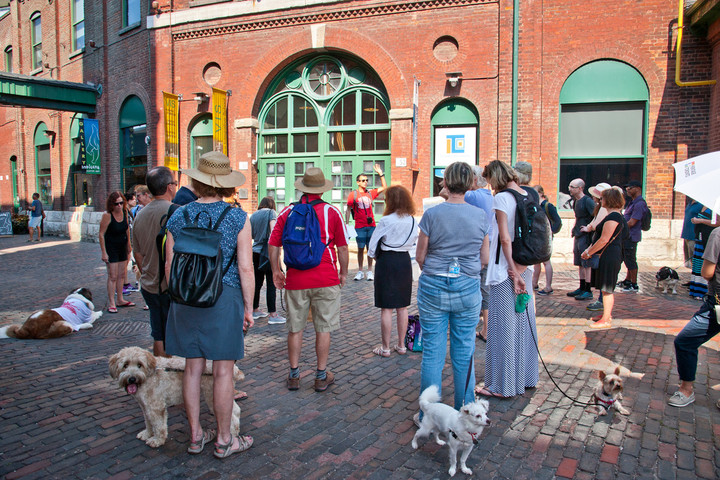 Heritage Toronto's first dog-walking tour traced the history of Toronto's domestic animals that performed crucial labour and supplied much needed resources. At Gooderham and Worts, featured here and once the largest distiller in Canada, leftover grain mash from the production of alcohol was reused as cattle feed called wash or swill.