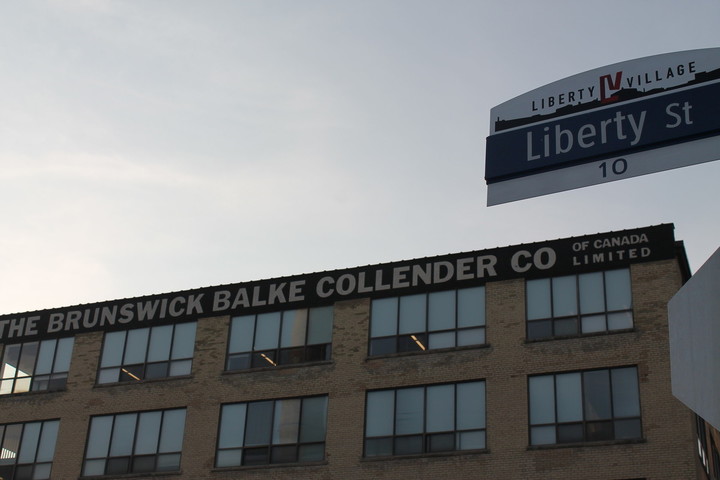 For over fifty years, this building was home to the Brunswick-Balke-Collender Company, the largest manufacturer of billiard tables and equipment in the world during the early twentieth century. It was established by John Brunswick, a Swiss immigrant in Cincinnati. Although, they opened sales offices in several Canadian cities, this was their only manufacturing facility outside of the USA.

The original factory was designed by Toronto-based architect Henry Simpson and built in 1905. He was recommissioned two years later to design an expansion to the south and again for a detached boiler house and smokestack in 1912. The final addition to the complex was designed by James Layrock Havill and completed in 1913.

The company was renamed the Brunswick Corporation in 1960 at which time they diversified their product line to include a range of other sporting and recreational goods and sold their holdings here in Liberty Village.