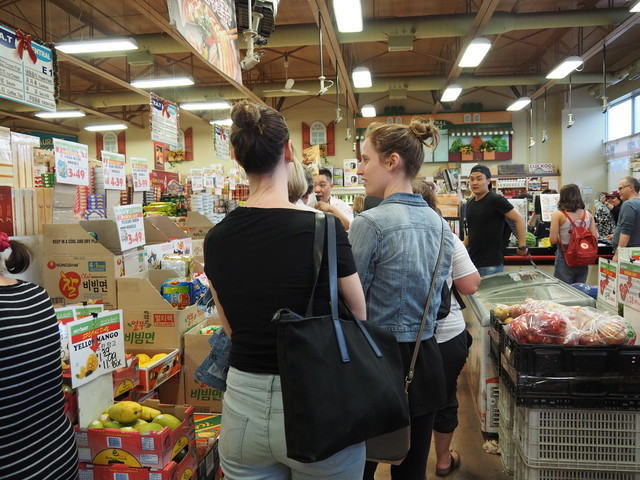 Opened in 1973, the PAT Mart on Bloor St. got its start with the preparation of several dozen traditional Korean foods and items like kimchi, galbi, and bulgogi. It offers ready-to-serve versions of these foods and the ingredients for cooking at home, neither of which were readily available at mainstream grocery stores at the time.

The store's client base grew as the Korean community in Toronto grew, and PAT Mart has since expanded to five locations across the Greater Toronto Area.