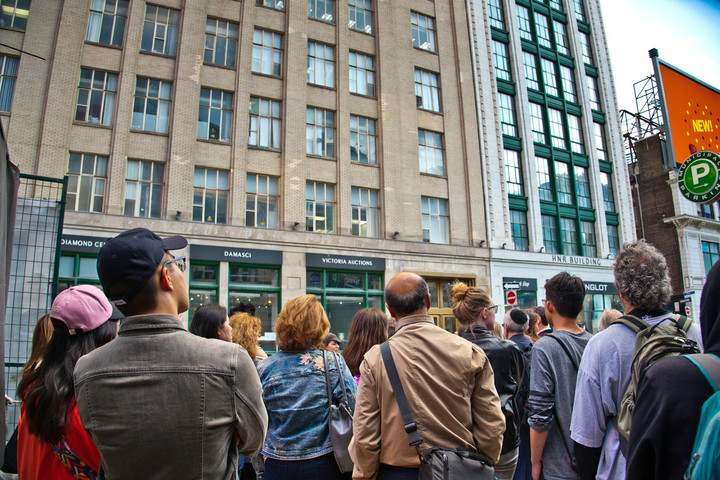 Tour participants in Dundas Square look up at the original Hermant Buildings: the 10-storey tower built in 1913 and designed by Bond and Smith, and the 15-storey tower designed by Benjamin Brown and built in 1929-1930. They are named for Percy Hermant who founded the Imperial Optical Company which eventually became the largest company of its kind in the British Commonwealth.