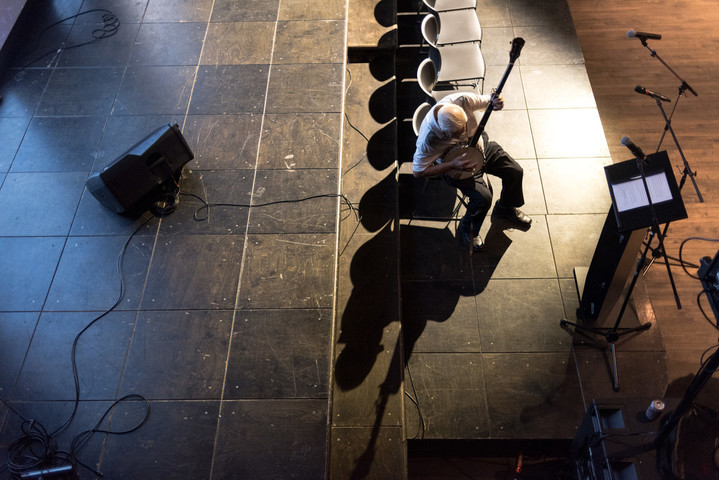 Jerry Gray, warms up for his performance of "This Land is Your Land", playing a long-necked banjo, at our Yorkville's Music History plaque event at the Masonic Temple. Gray is founding member of The Travellers — icons of Canada’s folk music scene, who started performing in the 1950s at labour events.

Three plaques were unveiled, one commemorating Yorkville's music scene in the 1960s and the other two celebrating The Purple Onion and The Penny Farthing, both folk-music houses.