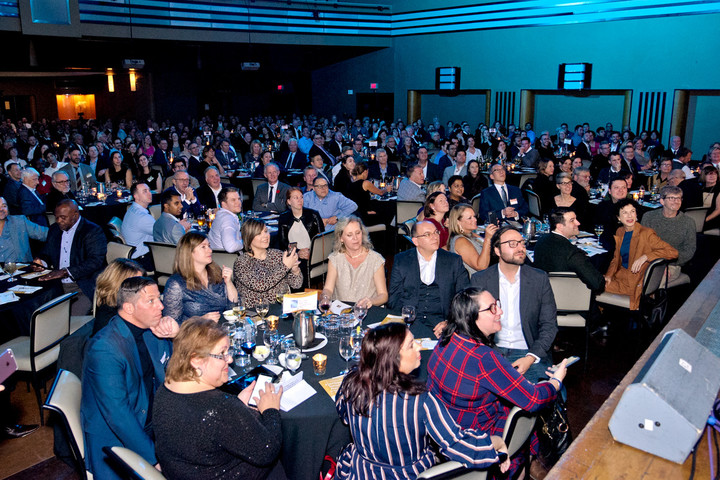 Guests seated at tables during the Awards Ceremony at the 45th Heritage Toronto Awards. In 2019, there were 40 nominees in 4 categories. At the ceremony, eight winners were announced in these juried categories. Two awards of distinction were also presented by the Heritage Toronto Board of Directors.