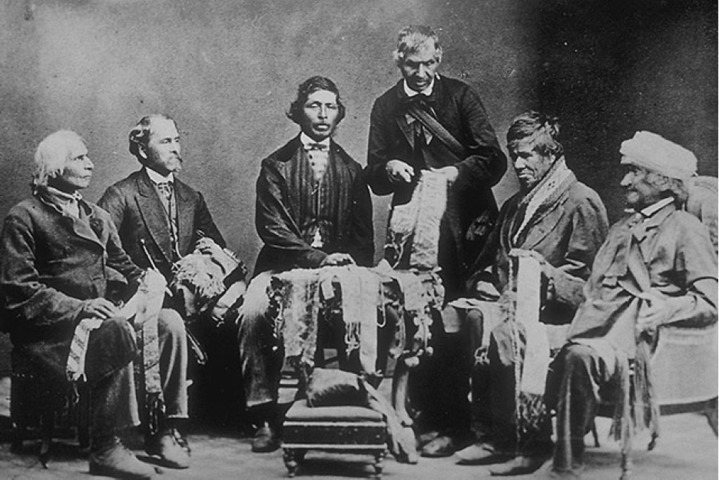 Since the 17th century, treaties between Great Lakes Indigenous nations would often be recorded within a wampum belt. The belt was made of wampum (whelk or clam shell) beads arranged in a design that depicted the agreement. Every few years chiefs of the nations involved in the treaty would meet to renew the agreement by reading the belts together, as seen in this photo.