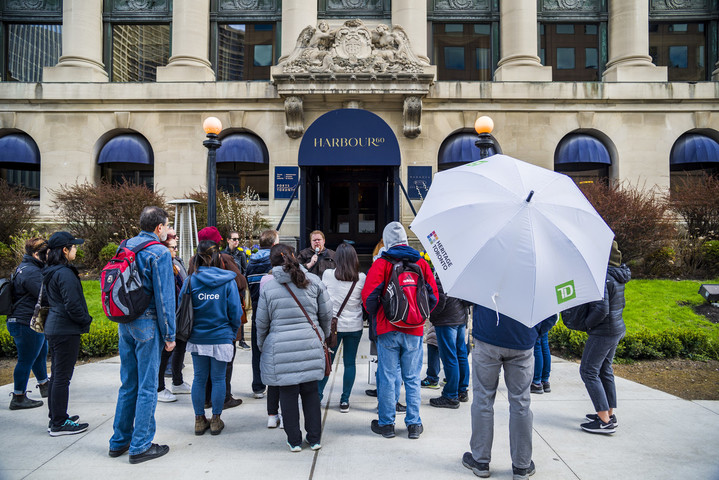 Tour participants learn about the Toronto Harbour Commission building. Since it was built in 1917, for 100 years, the commission, and its successor the Toronto Port Authority/PortsToronto, operated out of 60 Harbour Street. The building was sold by PortsToronto in 2017.

Established following a city referendum in 1911, the Toronto Harbour Commission was placed in charge of the waterfront. Over the next two decades it extended the city south into the lake through lakefilling that created Queen's Quay, the Portlands and Bathurst Quay. Later the commission created land near Hanlan's Point that became the Island airport.

As a result of all this work, originally built on the end of a pier, surveying the harbour, the Harbour Commission building is now landlocked.