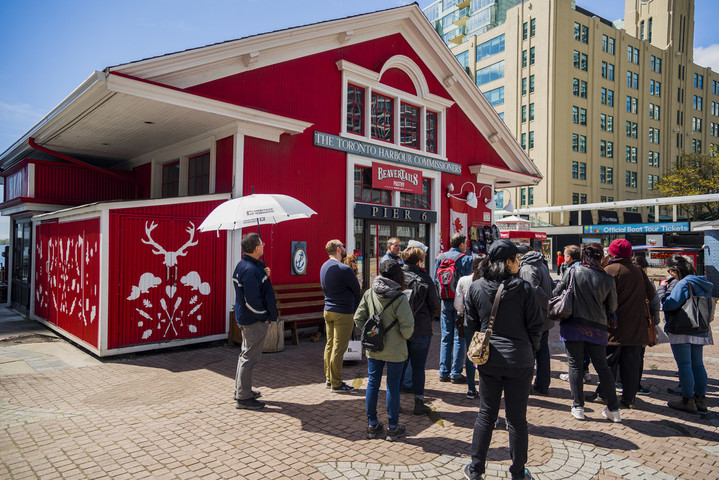 Tour participants learn about Pier 6. This bright red shack is the oldest surviving building on Toronto’s waterfront, and the only remaining example of Toronto's waterfront architecture from the turn of the 20th century.

Built in 1907 as part of a ferry terminal near Yonge/Lakeshore, the building was cut in half and relocated to the York Street slip in 1922. It served as a shed and garage, and even as a shore station for the Royal Canadian Yacht Club for a number of years.